A few stalls deep at one of Ibiza’s hippy markets and it’ll very quickly become clear that self-control in the purse department has little place here. You can head in with a budget, be equipped with a hitlist, set yourself to a timer, whip out the blindfold or take whatever preventative measure necessary to contain the rampant shopaholic that lies within, but where’s the enjoyment in that? 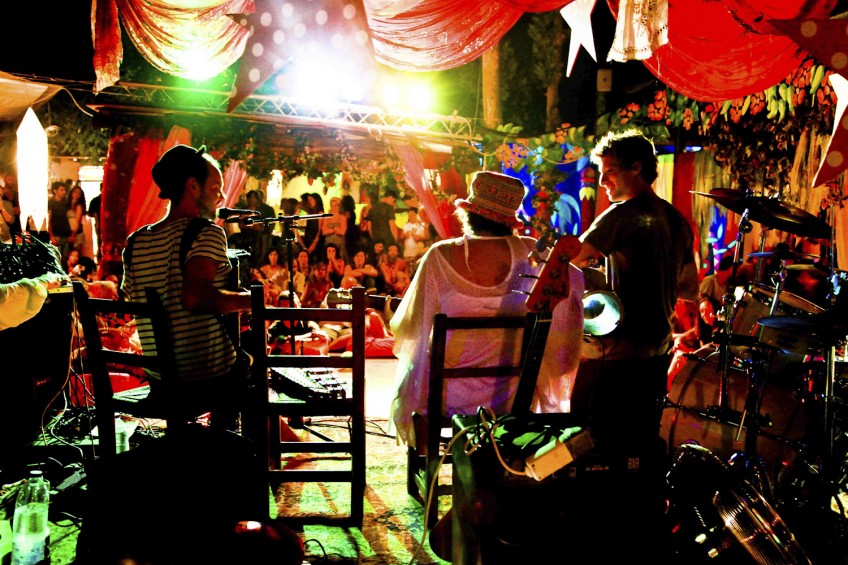 It wouldn’t be right to encourage stuffing credit card bills underneath the sofa come October, however, if you’re game for treating yourself and removing the restraints in aid of a little added sheen to the wardrobe or investing in locally-produced goods, Ibiza has you covered. The island’s markets are rooted in the hippy movement that came to the island in the ‘60s and fortunately they stuck around, still to be found thriving across Ibiza.

Heading first to one of the island’s northernmost villages, San Juan artisan market is held every Sunday in Sant Joan’s square throughout the year from 10am until 3pm. Giving good cause to make the trip to this weekly market is the fact that this corner of Ibiza is still felt to be very much untouched, meaning it’s likely you’ll find here what you can’t at other hippy markets.

Homemade Hierbas, organic breads, handpicked figs and almonds, leatherwear, jewellery and much more can be gained at San Juan market. There’s also live music after noon and a generous dishing of paella to be shared out with everyone (at a cost), which adds a fantastic community atmosphere and gives it an edge on the rest.

Take a trip further to the east for San Carlos and you’ll arrive at Las Dalias, which is regularly touted as Ibiza’s best-known hippy markets. It’s feted legacy dates back to the early ‘50s, when at the hands of carpenter and farmer Joan Mari it was opened as a modest roadside stop with a dancefloor pulling punters in. By the ‘80s, it had been visited by illustrious global musicians Bob Marley, Brian May, Ron Wood, Led Zeppelin and Bob Geldof, and in being handed over to his son Juanito, the map was laid for it to become the sprawling success it is today. 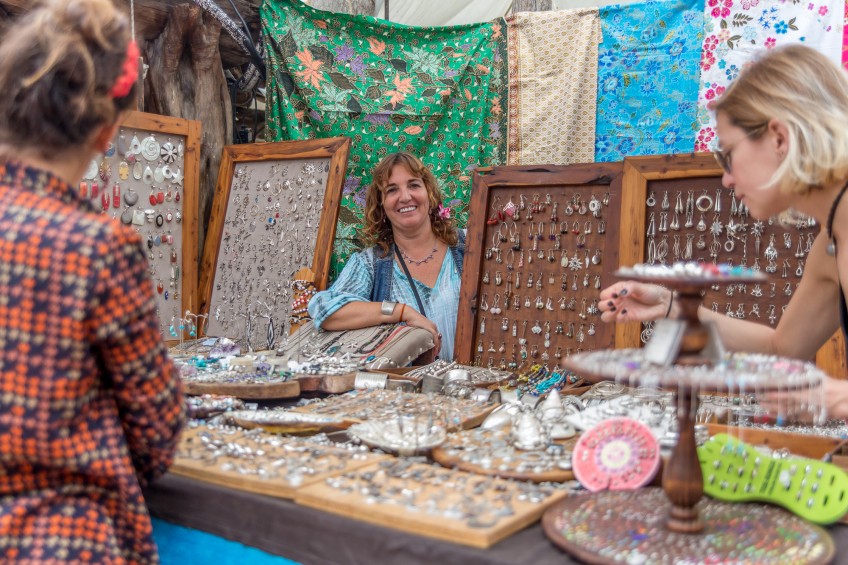 With almost 200 stalls selling handmade clothing and jewellery, crafts, musical instruments and antiques, expect to leave with some gems. You can also go in for body massages, palm readings, a delicious meal at its fusion restaurant and enjoy DJ sets from afternoon until close.

When: Saturdays – April to October – 10am till 8pm
https://lasdalias.es/en/

Please enquire about our special off for stays in July